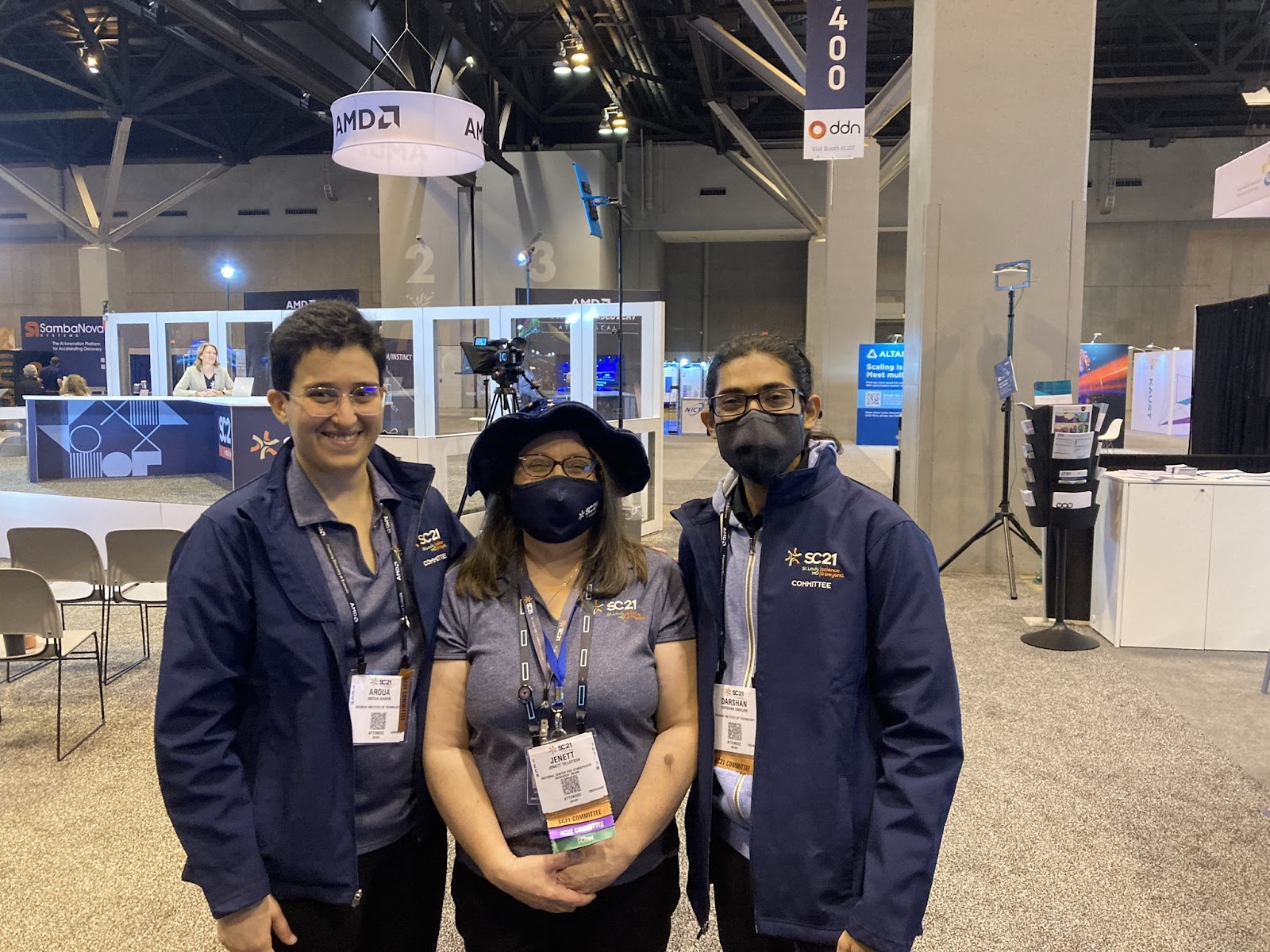 The Student Cluster Competition (SCC) is a part of the Students@SC programs designed to engage students in high performance computing. Launched in 2007, it provides an environment for undergraduate students to develop skills through building clusters and running applications on those clusters during a 48-hour race. Teams of six undergraduate students bring a cluster that fits in a power limit. For students who participate, they learn not only about HPC applications, but about the systems that are required to run these applications. Students are exposed to the entire HPC ecosystem and the skills they learn are transferable to a future career in HPC. Check out the SCC website to learn more.

This year, a new sister-competition to SCC was introduced named IndySCC.

It was seen over the past few years that year-to-year similar teams participated at SCC. Usually, these teams come from universities that have strong HPC programs, support from the university, and good collaboration with hardware vendors. It is much harder for new teams to make it into the selected teams for SCC. So if a university fields a new team, it generates interest and that team builds foundational knowledge. But if they do not get selected, the students might be discouraged disappointed and there might not be a continuation. If this repeats a few years, that program at the university might disappear.

The unique goal of IndySCC is to help reinforce the pipeline by offering a secondary competition for the teams rejected for SCC to participate, keep the university programs active, and give students a place to practice and prepare for future SCCs. We also want to reduce the entry barriers to HPC, so instead of teams having to find vendors and bring hardware to a central location like the main SCC, we provide the HPC hardware resources to the teams through Chameleon. Chameleon allowed us to replicate the SCC experience in an affordable way, keeping costs down yet giving students the same systems experience that they would have if they were participating in the SCC.

Teams were incentivized to participate in the competition by offering free registration to SC, one-year student membership to SIGHPC. The winner of IndySCC21 will receive bonus points on their SC22 SCC application hence improving their chance of being accepted. As the competition is part of the Students@SC program, students can also participate in Mentor–Protégé Matching and the Job Fair. 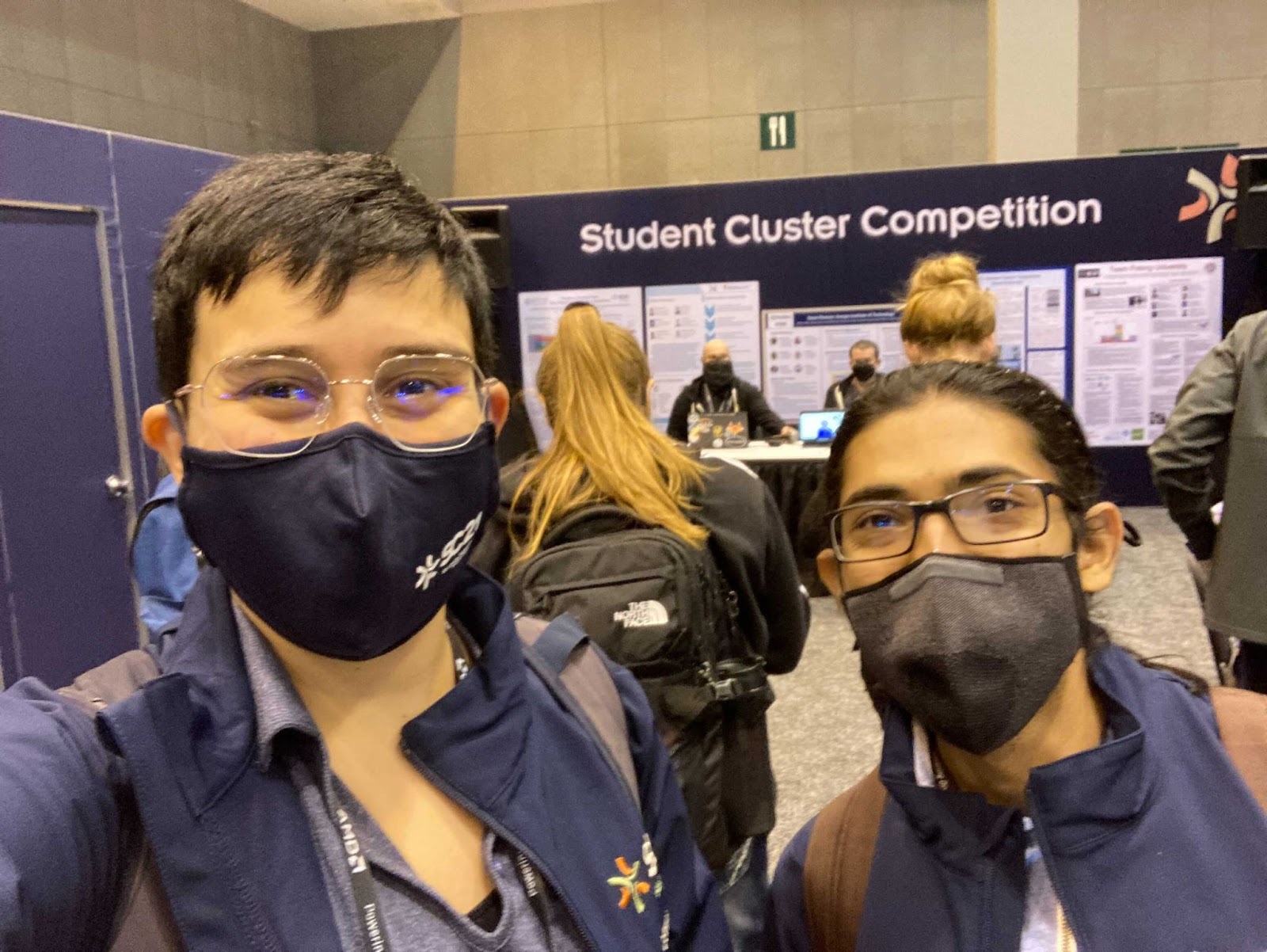 The program began in July and it was envisioned like a university semester-long course. It was conducted in four phases:

We had continuous support in the months leading up to the competition. For each phase, an expert provided a webinar and designed an assignment. Before the assignment due date, we held office hours. After the assignment was turned in, feedback was given to the teams.

The mystery application, Devito, was released an hour before the start of the competition. A video conferencing platform was set up for the entire period with breakout rooms for each team. At scheduled time slots the interview judges went to the breakout rooms to conduct the interviews. A powercap of 1100W was given to the teams. 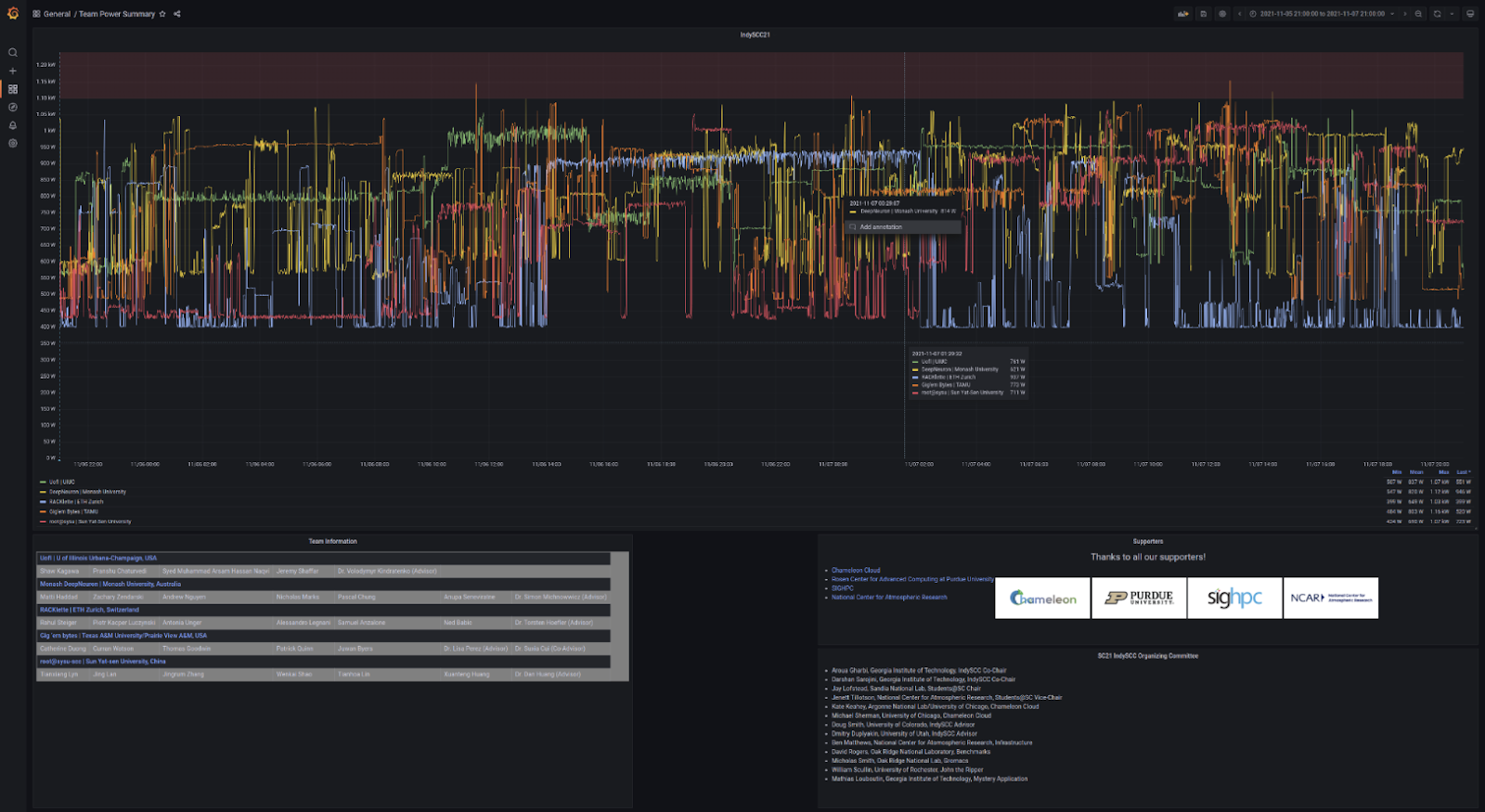 The winners were announced at the Students@SC Wrap-Up on Thursday afternoon during the week of SC21:

IndySCC will continue in future editions of SC. Whether it will remain as a cloud-based competition or move to in-person will depend on the goals the committee of Students@SC want to achieve and the overall circumstances in which SC is held. That said, the goal to expand it remains a top priority so as to allow for more teams to compete and expose them to state-of-the-art HPC resources from hardware vendors.

On using Chameleon for IndySCC:

Chameleon served as the host of IndySCC and provided continuous educational and technical support throughout the competition. The choice of Chameleon offered a number of advantages:

Furthermore, some of Chameleon Cloud’s educational goals aligned well with what IndySCC intended to achieve.

We had 5 teams this year that were fully supported by Chameleon. Each team used two P100 GPU nodes. In addition, NCAR provided each team with an ARM node using the CHameleon Infrastructure (CHI) and it was seen that it is feasible to use Chameleon Cloud’s bare metal capability to provide additional hardware to the students.

We believe that Chameleon provided the teams with a realistic HPC experience when using cloud platforms. The limited access to some hardware, the need to reserve resources in advance and the eventuality that teams need to read the documentation and reach out to technical support for trouble-shooting are all part of the reality of using cloud platforms. The main area of improvement for now is the availability of hardware during the actual competition and whether international teams can use this hardware or not. Maybe a collaboration with a hardware vendor could be the solution however this is the only limitation we see for the time being. 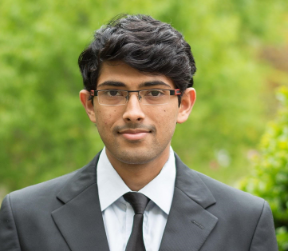 I am originally from India, where I did my undergraduate degree in mechanical engineering. I then joined the Ph.D. program in aerospace engineering at Georgia Tech and a master's in computational science and engineering. My research interest is in scientific computing applied to engineering problems. I am currently a 1st year postdoctoral fellow at the Aerospace Systems Design Lab.

My interest in HPC was due to courses I took during my masters in computational science and engineering, and as an end-user of HPC resources to run CFD simulations. I applied and was accepted as a student volunteer for SC20 and reached out to the Students@SC chair for SC21, Jay Lofstead, to continue to be involved with SC. Jay offered myself, and my labmate, Aroua Gharbi, the opportunity to co-chair a new student cluster competition that he and Jenett had envisioned. That competition grew into the IndySCC.

Any weekend where the weather is nice I will likely be hiking or biking. I enjoy playing board games and listening to podcasts and audiobooks. 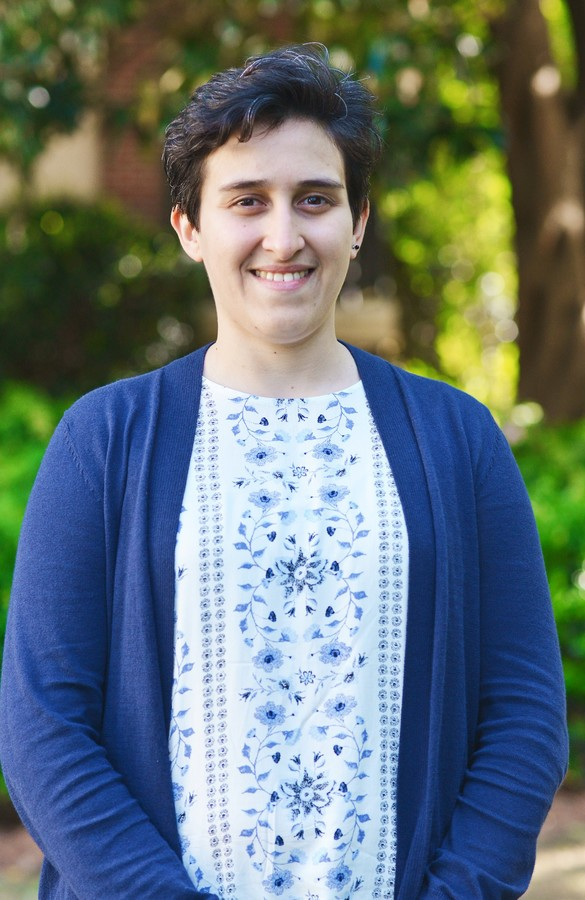 I am a PhD candidate in Computational Science and Engineering/Aerospace Engineering at Georgia Institute of Technology. My interest in SC started a couple of years ago when I participated as a student volunteer. I was amazed by the welcoming environment of the conference and the opportunities it offers. Being a researcher in aerospace systems design, such an environment is not the norm in the conferences I am used to attending.

This year I was interested in doing something new with SC. Jay Lofstead, the Students@SC chair, pitched the idea of a competition that fosters inclusivity and focuses on education and I knew that I had to be involved in one way or the other. It was a steep learning curve for me since I did not know much about cluster competitions prior to being involved in IndySCC. However it was a very enriching experience for me both professionally and academically. I am truly thankful for this opportunity and look forward to seeing this competition get better and broader every year.

Outside of my research and academia, I enjoy reading, hiking, camping and mostly snuggling with my pets (Ollie the dog and Izzy the cat) .

PS: I know the pics of my pets are not relevant but just wanted to share in the hope of making you smile :) Also, I couldn’t not share the picture of Ollie in the IndySCC jacket and HPCwire hat :p 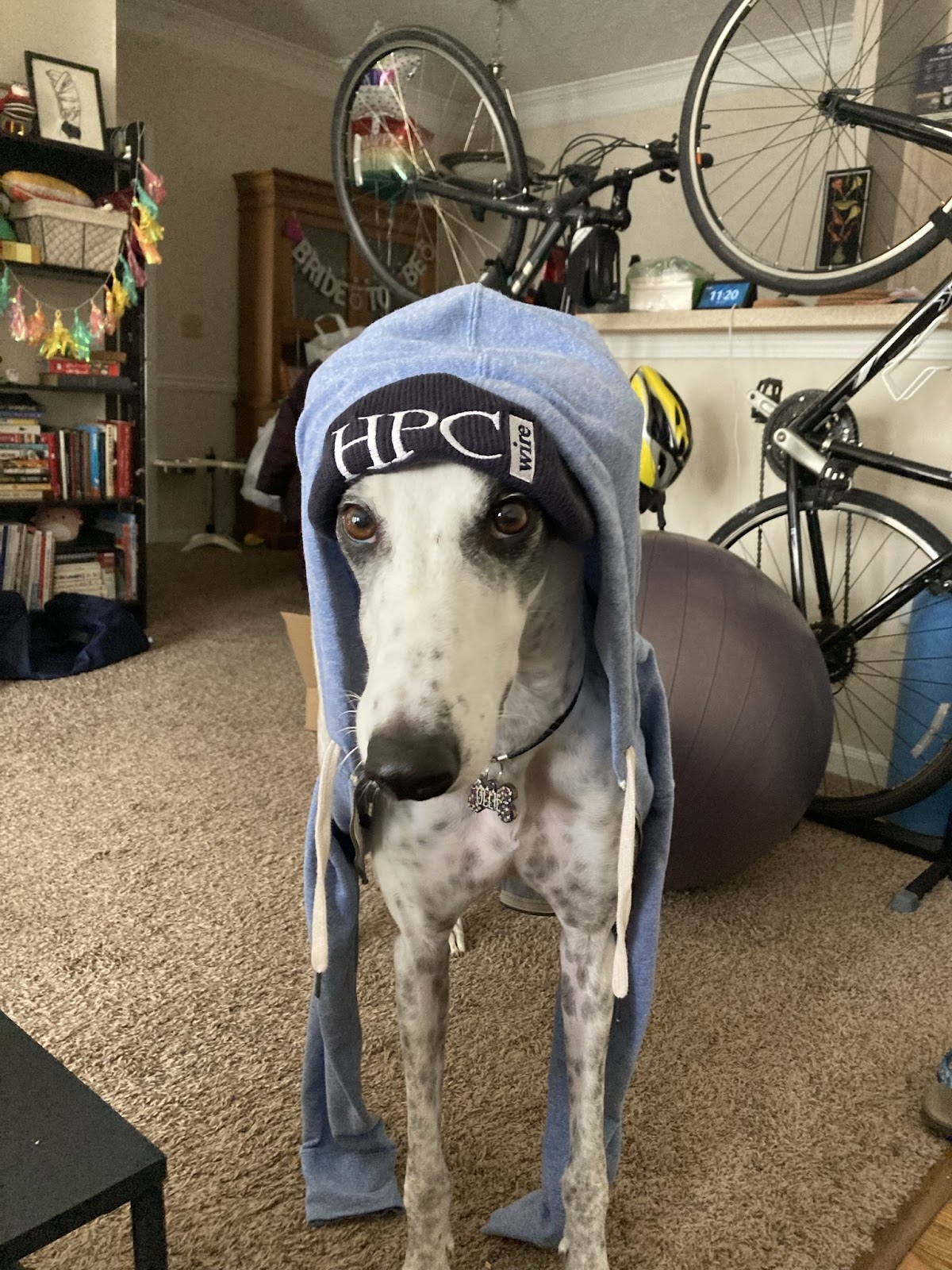 This sounds like a great use of Chameleon! I enjoyed reading it and I'm looking forward to more IndySCCs in the future.